The architectural structure of EMA, combined with its consultants and specialists, has an extensive work experience since several years on the development and completion of major projects as the Expo 02, the Vacheron Constantin Museum and Main Headquarters, the Richemont International Swiss Headquarters in Geneva or the future CEVA train stations.

The various professional experiences have permitted the development of an efficient strategy in the design and management of both local and international major projects. EMA won many competitions by its excelence in design. This perfectionism is a voluntary act and this knowledge leads to an architecture of excellence, perfectly aligned with financial and time frame requirements.

The resources and multidisciplinary teams put in place by EMA have permitted, for the ensemble of the projects carried out by the agency, a development and management of quality on each project phase from design to execution.

« The various projects developed in the horological field are successful examples of EMA design strategy. »

The EMA interdisciplinary team is composed mainly by graduates from polytechnics and university colleges with diverse academic and cultural backgrounds, highly skilled in all design domains. Their proven capacity of synthesis and graphic expression permits to analyze and express complex problems and provide creative solutions.

With the deployment of the team for a specific project, EMA sets up a project execution plan including structured project scope, objectives, milestones, documents to be produced, QA procedures and other key information, all in strict compliance with the project’s contract documents.

« Each project is conducted by an assigned project manager, who is the sole interlocutor with the client and coordinates the work of the design team and technical consultants, from the preliminary concept stages to the completion of the building. »

Each project is developed in strict compliance with the standards and regulations in force – SIA / BS / DTU / NF / NE-, and a protocol is established for the ongoing monitoring and approval of the overall documents in order to achieve the objectives defined in the early stages of the design.

The ensemble of these elements constitutes the core of EMA work strategy as they are the fundamental elements of a design high quality applicable to all scales and project typologies, from architectural design, urban planning to product design. 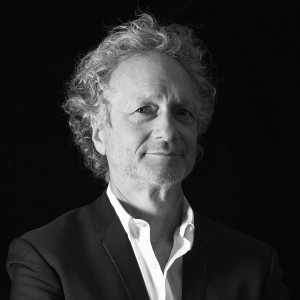 Eric Maria graduated as an architect DPLG from the Ecole Nationale Superieure des Beaux-Arts in Paris and is currently a member of the Swiss Society of Engineers and Architects (SIA) Comittee, Geneva section.

After collaboration on the development of the first french Zenith indoor arenas, he joins the Ateliers Jean Nouvel as assistant architect on the project of the Arab World Institute (AWI). He will develop the Design line by Jean Nouvel, various projects in Paris and abroad and later on the Opera National de Lyon. In 1994 he becomes partner of the Ateliers Jean Nouvel and takes charge as general manager for the overall agency projects.

Established in Switzerland since 1999, he became a partner in an architectural struture in Bienne. In 2001, he opened a studio and collaborates with Jean Nouvel as associate architect on major projects like the Morat arteplage, the Richemont Swiss Headquarters, and the CEVA (rail link connecting the stations of Cornavin – Eaux-Vives – Annemasse ) for the development and realization of five stations in Geneva.

« Parallel to the urban development projects and realizations of cultural and commercial nature, the «Maison» Vacheron Constantin entrusted him, since 2002, the realization of its Head Office and Museum and the development of the interior design line for the ensemble of VC boutiques and corners around the world. »